By admin, 9 years9 years ago 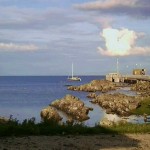 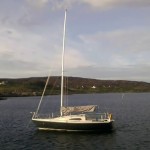 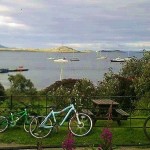 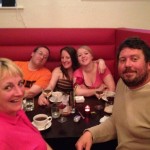 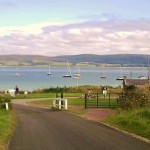 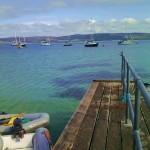 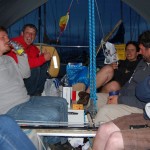 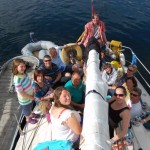 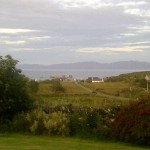 Unfortunately the second race never started so it was back to the marina to be invaded by the crew of “Spirit” they even brought some Stiffy’s Jaffa vodka, something which will be one of those bottles that stays on the boat for years END_OF_DOCUMENT_TOKEN_TO_BE_REPLACED

Murray Caldwell, new owner of Revelry (ex-Apollo) writes from Scotland: ‘The Scottish series is always the first break away from work for me in a few months and nearly always my first proper sail of the season. This year was no different except it was going to be “Revelry’s” first Read more…

Mercenary, Bambi and Revelry competed in a breezy Brewin Dolphin Scottish Series over the Jubilee Weekend. Mark Bradshaw’s Mercenary finished 2nd Overall, with Peter Doig’s Bambi 8th overall and Murray Caldwell’s Revelry in 12th. Well done to all! We want your race reports, photos and tall stories from around the Read more…

Lammergeyer kept up her good record in the Scottish Islands Peaks race at the weekend with another win in Class 3 making it a 1, 2, 1 over the last three years This annual endurance event involves “sailing” 160 nautical miles and running around 60 miles with 10,000 feet of Read more…

Murray Caldwell writes: ‘When I overhead my wife talking to one of her friends about me always going on about Impalas and that she had come to terms with fact that we were probably going to end up with one. I knew it was time to start looking seriously. I Read more…

Best of luck to the three Impalas entered in the Scottish Series, organised by the Clyde Cruising Club this weekend. Beeste, Mercenary and Bambi are the three lowest rated boats in Class 5. Looks like a windy weekend!

Ah, sailing. We all get that dewy-eyed moment after the perfect sail – but is this the first time that sailing on an Impala has inspired poetry? News, then from north of the border. ‘Jack Pullan is a published poet and came out on an Impala (Lammergeyer) for the very Read more…

Jo Lloyd writes: ‘Here’s Lammergeyer at 0611 this morning doing c 6.5kts heading towards the finish of the Scottish Islands Peaks Race. She’s about 200 yards from smashing into the dock wall and is just about to wear round and drop both dinghy and runners off so they can row Read more…

Rowing an Impala for 66 miles

Most people struggle to row their tender ashore – but how about rowing a 2 ton boat? For 66 Miles? That’s what the crew of Lammergeyer did in the 2010 Scottish Islands Peaks race.  They won their class and finished 5th overall. They rowed for 2/3rds of the course – Read more…