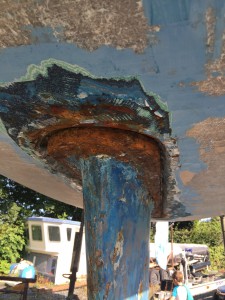 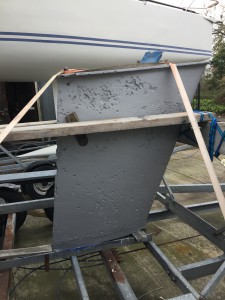 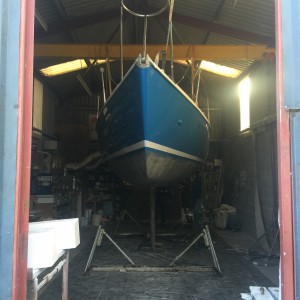 Over in Ireland, Brendan and crew on Running Wild are nearing the end of a busy winter! He says: ‘We’ve…

All this before we’ve even looked at work inside the boat! – I’ve 3 young kids so we want to make the interior, comfortable, warm and dry. Over the season we’ll run a to do list and probably replace the cushions and recover and then in the winter remove all the wood work recondition and restore. ‘
Categories: Irish

We missed this great news back in the summer, but Judy McGrath and crew on Bonanza  IRL 9515 won Calves Week in Schull on the South Coast of Ireland. Judy writes: ‘We hail from RCYC, Read more…

Richard Harding writes from Dublin: ‘The 6th, bi-annual, Dun Laoghaire regatta took place from the 9th to the 12th July. There were over 400 boats competing in a wide range of classes form dinghies to Read more…

Here’s a sorry sight. A racing boat was recovered from the sea following a major accident near the Fastnet Rock… No, not Rambler, but this sad-looking Impala, spotted ashore in Baltimore. She looks as though Read more…