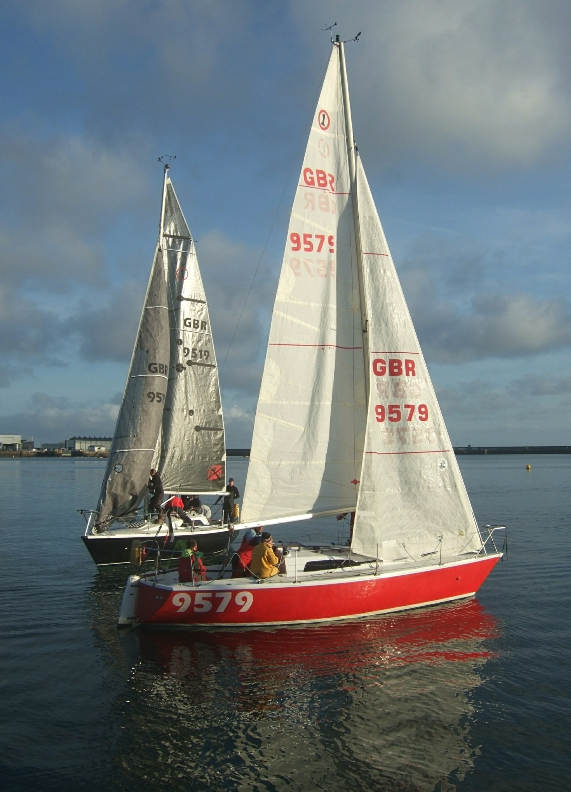 Having waited a number of years for an Impala to race in a JOG Offshore race, two came along at once over the Easter weekend when Hamble based boats Two Frank and Magic raced to Cherbourg, the first of the Hamble based Impalas to enter a Cat 3 event in JOG since the class returned to the river.

Good Friday’s race saw a very light wind start which Frank made the best off being the first boat out of the Solent. She finished the race in the dark at 21:35bst to take third place with Magic coming in twenty five minutes later in fifth.

The return leg on Sunday was more of an off-wind affair which should give an advantage to more modern hulls but the Impala’s were again on the pace with Two Frank completing the passage in just twelve hours and thirty two minutes to grab another third ahead of Magic in fourth.